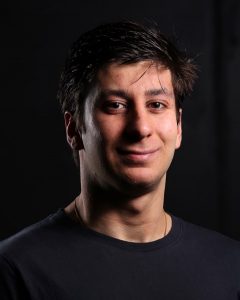 Nick began learning clarinet in year 4 at the Wollongong Conservatorium of Music under Nigel Edwards, who then introduced him to the bassoon in year 9. To broaden his horizons, he added the saxophone to his resume, performing in stage bands, jazz ensembles and musical theatre productions throughout Wollongong and Sydney.

By year 11 he was focusing his musical pursuits on the bassoon, and was awarded his LMusA with Distinction in year 12. In 2017, he commenced a Bachelor of Music (Performance) on bassoon under Andrew Barnes at Sydney Conservatorium.

Nick has performed and toured regionally and internationally as principal clarinet of Wollongong’s Bluescope Youth Orchestra, as well as being a featured bassoon soloist on their European Tour of Hungary, Slovenia and Italy in 2016.

Nick is passionate about sharing his interest on wind instruments in all musical styles with his students.